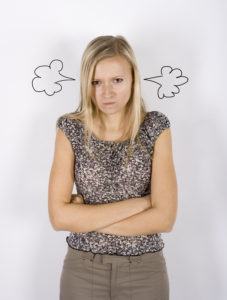 The Bible consistently commands believers to forgive others.  The list of verses is long and useful, and I've listed many of them at the bottom of this post.  That said, while God's command to forgive others is ubiquitous, I am unable to find Christ-followers in Scripture demanding apologies.  I was naturally curious as to why this is the case, so I researched the topic.

While on earth Jesus not demand apologies, instead, He entrusted Himself to God.

When Christians demand apologies from others, they make an idol of the other person by setting them up as their ultimate source of hope and comfort.  In their heart they can begin to imagine things about the other person.  Often they will start bearing a grudge, develop a sense of entitlement and may even frame in their mind what the apology should look like.  In a way, they are saying that Jesus should have demanded apologies from the world as He hung on the cross.

But Jesus did not demand demand justice.  He was not a victim.  He did not revile in return (1 Peter 2:23).

Instead, He "entrusted Himself to the one who judges justly" (1 Peter 2:23).  Jesus rooted His hope and peace - not through demanding what He was owed - but in God, the ultimate Judge.

Stand up for justice, but do not place your hope in justice in this life.  Don't let justice be your idol.  Rather, place your confidence in the cross and your trust in Christ alone.

Commands and warnings about forgiveness:

Posted in Anger, Forgiveness, Idols of the heart